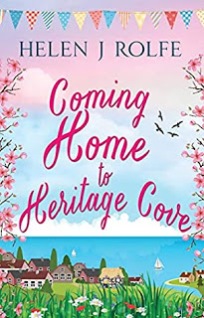 Melissa rushes back to Heritage Cove when Barney, the man who’s been like a father figure to her since she was a little girl, ends up in hospital. After an absence of five years, her return isn’t going to be easy, especially when she bumps into Harvey, the love of her life and the man she’s never been able to forget.

For reasons he couldn’t explain at the time, Harvey changed his mind about going with Melissa to start afresh as they’d planned, and life moved on for the both of them. But with Melissa back in the village and determined to stick around to help Barney, they can’t avoid each other forever. Melissa knows she let so many people down by staying away for so long, but she and Harvey blame each other for what happened and neither of them is willing to admit to being in the wrong.

When Barney insists on cancelling the Wedding Dress Ball, the charity fundraiser he holds every year in the stunning barn on his property, Melissa and Harvey realise they’re going to have to pull together. Otherwise the man they once knew might be gone forever. And when they unearth a secret Barney has never shared with anyone, they go in search of answers to not only ensure the ball runs this summer, but to bring back the Barney they know and love.

Back in the cove after all this time, Melissa gets to see the life she left behind and it’s time to deal with what it was that drove her away in the first place.

This is a very easy and cosy read of self discovery and romance. I felt all the characters were written well and easily likable. I was sucked into the story from the very beginning.

It had a good flow throughout, with believable dialogue and situations. I felt at times, due to the descriptive writing that I was right there at the Cove.

There was also an added element of mystery that was threaded into the plot, this had me even more invested into the characters and their relationships.

Location is a big part of the adventure in Helen’s books and she enjoys setting stories in different cities and countries where she thinks her readers might like to escape to. Helen J Rolfe also writes for Orion Books under the name Helen Rolfe.
Born and raised in the UK, Helen graduated from University with a business degree and began working in I.T. This job took her over to Australia and it was there that she finally turned to what she
loved and studied writing and journalism. She spent a while freelancing for women’s health and
fitness magazines, volunteered with the PR department of a children’s hospital where she wrote
articles and media releases, and eventually began writing fiction in 2011. And now, she thinks she may just have found her dream job.

Helen currently lives in Hertfordshire, UK, with her husband and their children. 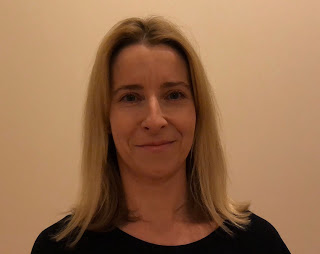